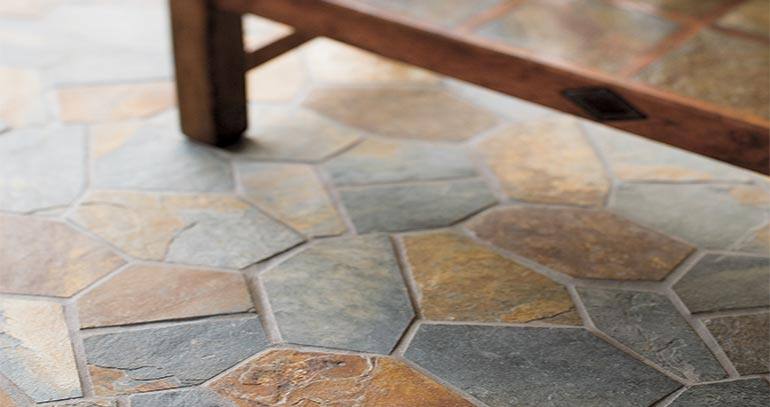 Thinking about replacing that old tile in the kitchen yourself? Take it from me, it’s not as easy as it seems. I recently had an experience with this, thinking that tiling was a fairly simple process. After all, I only needed to replace a few tiles, not even the entire floor. I purchased all the equipment that I thought was needed and proceeded with my own version of a do-it-yourself kitchen makeover.

Three weeks later, the new tiles that had been inserted started to shift and crack. Where did I go wrong? I had pulled up the old pieces and cleaned the floor of remaining mortar to start with a clean slate. Then I put down a layer of thin-set to secure the new tiles, let it set a while, then used a premixed grout to complete the job. What I failed to realize is that if the original flooring is not level, it can compromise the integrity of the new flooring causing the new tiles to break just as easily as the old ones.

Even though the original tile flooring was professionally done, as soon as one tile cracked, it was a foregone conclusion that more stuff would go wrong. At that point, every time I mopped the floor, a bit of the water would seep into these cracks. This was causing an almost imperceptible warping of the wooden base floor underneath. This is what caused the initial cracks to other tiles in the first place. In order to correctly replace these tiles, the warped pieces of plywood underneath the tiling needs to be cut out and replaced with new. Only then can you begin re-tiling the floor in the correct way that will make it last for many years to come.

Be Sure to Seal Grout Yearly!

Another helpful tip, if you are obsessive about mopping like I am, is to use grout sealer. It should be used anyways on tile just to keep out any moisture, but if you mop frequently, you might consider applying a new coat at least once a year just to maintain your tile. It is easy to apply and comes in a roll-on bottle, so anyone can do this part.

In all, tiling is not that difficult a process if you follow the proper steps. But due to the complications that can occur, it might be more beneficial for most people to simply hire someone for this kind of project just in case something does go wrong. At least this way you will be more likely to be mopping your beautiful tile a year later rather than vacuuming up the pieces as I found myself doing!